The Municipality has made it clear. 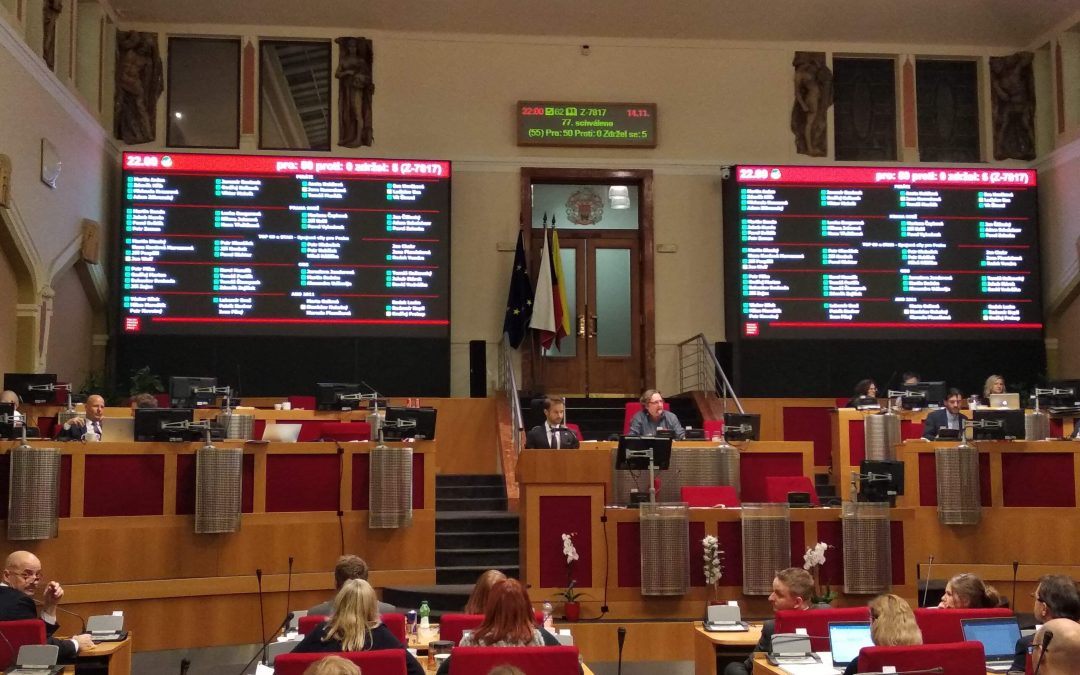 A number of important points were discussed at today’s meeting of the Prague City Representatives. The issues of limiting automobile traffic on both banks of the Vltava River or seeking a form of assistance in one of Prague’s schools regarding bullying were discussed quite heavily. However, Prague representatives across the political spectrum showed exemplary unity in voting on the project of the Ice Sports Center (ALS). They unequivocally supported the determination of Prague 11 to join the ALS project, and with the force of fifty votes (no vote against), they left no doubt that the Capital City of Prague supports youth and public sport. Vít Šimral, the Councilor for sport and education, declared continued support for the project by the City of Prague and called the Ice Sports Complex the backbone public sports venue in Prague.
photo: Prague City Hall and its support for the ALS project