Representatives of the schools visited the Ice Sports Complex. 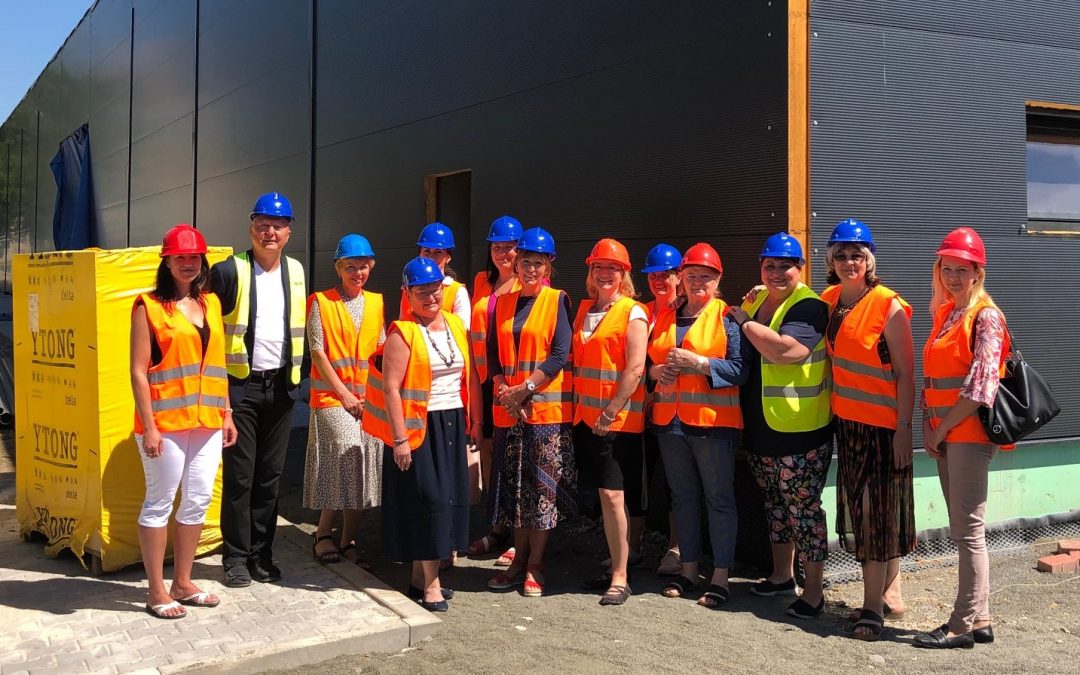 In mid-June, when the intensity of teaching in schools is slowly declining and teachers and students are looking forward to the holidays, there is some time left to visit the Ice Sports Complex (Areál ledových sportů). In two groups, first representatives of kindergartens (see photo) and then also representatives of primary and secondary schools, they completed a guided tour of the finishing construction of the sports complex at the Ke Kateřinkám primary school. The questions of the teachers were mainly directed to the structure of the offer of the Campus for pupils and students. But in the debate, there was also an expected price level of ice rinks, organizational and logistical issues, as well as staffing for teaching skating and curling. Kindergartens in particular were interested in the concept of the so-called “movement on the ice”, which will be offered to children under the age of eight in the morning and early afternoon on both areas of the Areál ledových sportů. So in the autumn, the little kids will taste what it’s like to slide.