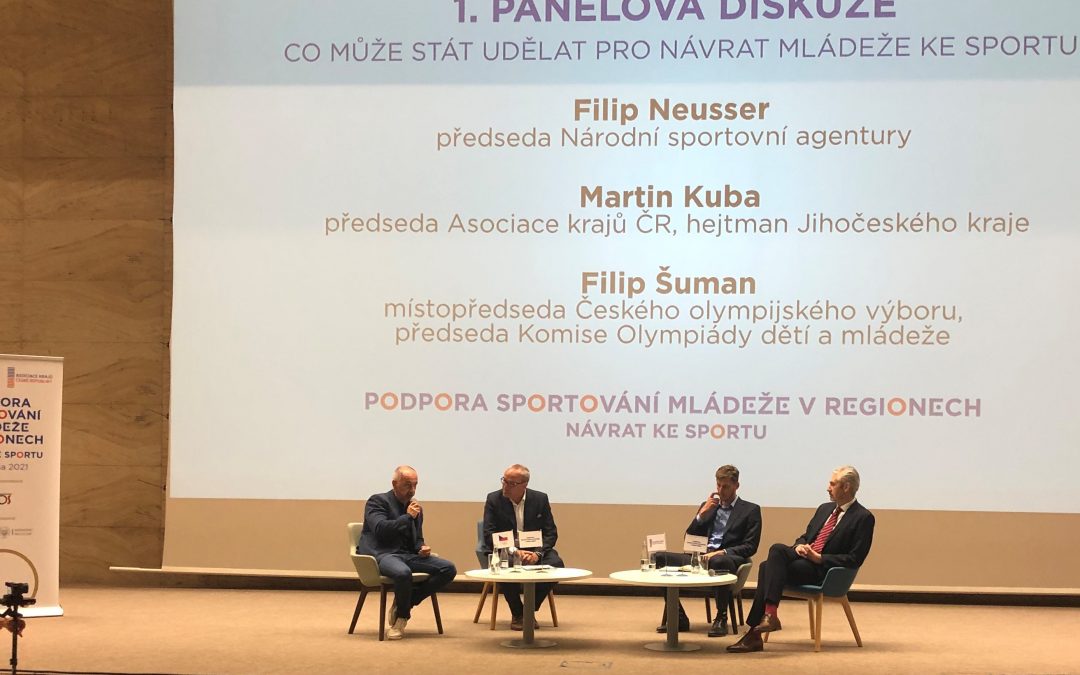 How to make the return of young people to sport real? This was the main topic of the June conference organized by the Czech Olympic Committee and the Association of the Czech Republic Regions with the help of ČEPS. The afternoon program included three panel discussions and several individual presentations. Jiří Kejval (Chairman of the WWTP) and Martin Kuba (Governor of the South Bohemian Region) managed the introduction which was followed by Michal Ježdík (Member of the CTA) with a presentation full of warning numbers, data and information. This was to be a mobilization input to the first discussion block. Moderator Jan Pokorný tried to get specific answers to his questions from Filip Neusser (chairman of the NSA), Martin Kuba and Filip Šuman (vice-chairman of the WWTP). He was not very successful despite his great effort. As part of another program, several ideas and observations were presented, namely by Michal Zach (Deputy Mayor of the Olomouc Region), who uncovered the financing of sport in his region, and Vít Šimral (Councilor for the City of Prague), who stated that until sports and its funding will be a political topic, it will not be of interest to the media, and also from Antonín Plachy (young footballers coach), who in a peculiar way pointed out the failure of the coaching issue. Most of those present stressed the need to build sports infrastructure near schools according to the North American and Scandinavian model. Functioning sports grounds with quality coaches are a necessary cornerstone of a system that will help young people and the public to live healthily and contentedly. The ice sports complex and its operating scheme fit into these well-meaning proclamations with such surprising accuracy that it seemed several times that the discussants were talking about our project.
photo, from the left: Martin Kuba, Jan Pokorný, Filip Neusser and Filip Šuman